Advertising Strategies
Most of you in Y10 will have watched The History of Advertising: Sell & Spin and should therefore already know many advertising strategies, such as Sky Writing, Reason Why/Unique Selling Proposition (USP), repetition (Rosser Reeves), Attracting a Crowd (P.T. Barnhum), Sex Appeal (Flake Advert), Personification (Tony the Tiger used by Kellogs Frosties) and many more. However, recent changes in the way advertising operates as part of web 2.0 technology on the internet may not be as obvious to you. Check out some of the links re: to quite sophisticated modern advertising strategies. Also, I've included a keynote (See below) based on Malcolm Gladwell's ideas re: to Word of Mouth Advertising, which is perhaps one of the most important forms of advertising! Word of mouth advertising uses verbal advertisement to "spread the word". If one person tries your product, they may be able to give a positive feedback to others and will soon be recognized by some people.

Student Notes:
Sex role stereotyping is visually presented in advertisements such as the coffee advertisement we analyzed. (Folger's Coffee) In the coffee advertisement, the woman is shown as a domestic housewife who is confined to doing the domestic chores; the implication is that women should know how to make good coffee for their husbands and know that they belong in the kitchen. The male protagonist is also shown in a stereotypical way, as he is placed within a male 'sphere of action' (Propp) fixing the car. Another example of sex role stereotyping is the Nando's advert, where at the end, the woman is sitting with her family at the meal table and she sits at the head of the table, instead of the stereotypical 'husband' that sits at the head. This demonstrates that she is more successful, dominant and in command than her husband. Another example of how the Folgers Coffee ad is stereotypical is the husband basically tells his wife that she is stupid because she can't even make a decent cup of coffee and that that's what women should know.

Bill Bernbach: was a very important figure in the history of advertising. He brought the German Volkswagen Beetle (designed by Adolf Hitler) into the United States and got voted the best advertising campaign ever. Over 21 million were sold because of his campaigns. His ads put a smile on people's faces. He wanted to make the audience laugh, and make them think that the Beetle was a cool car. He was part of a new generation within the advertising industry who were creative forces rather than business people. (See here, for famous Bernbach, snow plough advert)

Jingles: A jingle is a memorable slogan, set to an engaging melody, broadcasted on radio and sometimes on tv commercials. Alka-seltzer is a good example of this their slogan of the late 60s was, "plop plop fizz fizz oh what a relief it is". This advertising campaign was also interesting from the perspective of females, as it was produced by Mary Wells, one of the few women working at the very top end of the advertising industry. A jingle is a technique that allows the audience to quickly familiarize and associate good feelings with a certain product.

Icons: An icon is a figure or object which represents another object, figure, a concept or an idea so the audience can relate (self actualize) themselves with the text. It can sell almost anything to almost anyone. An example of this: The Marlboro Man of Marlboro Cigarettes, which promotes the concept of "Marlboro Country". This campaign was a huge success when it was first introduced in the 1920s to female smokers in the US, increasing sales of Marlboro by a staggering 3000%! However the success of the campaign was as a result of targeting WW2 men veterans who had returned to the U.S. and were working in boring white collar office jobs. 'Come to where the flavour is, come to Marlboro country' was the tagline and combined with the iconography of the cowboy, provided a powerful dose of escapism for those bored men.

Another example of a company personifying their product is where Frosties used (and still uses) Tony the Tiger to allow people to self-identify with the product and with Tony. Advertisers found that consumers had trouble identifying with the product, but when they introduced Tony, consumers could identify more easily with Tony than cereal. It also encouraged caught childrens attention because they remember Tony the Tiger.
Leo Burnett is said to be one of the most influential people in the 20th century by introducing personification to advertising by creating icons such as Tony the Tiger and The Marlboro Man and more, which lead to a huge success during the advertising campaigns. I heard that when they changed the men to be women in the ad's people started buying thecigarettesmore than they did before.

Repetition: Something that is repeated over and over again. For example a repeated slogan. Rosser Reeves was the main person who brought this in. He repeated USPs in his ads, this was very successful. It is also called the 'drip, drip, drip effect'. The main goal is to get the slogan, or the USP into your head. His campaign for Anadin paracetamol in the 50s is still cited today as one of the great advertising examples of how to market a product.

Media Saturation: A strategy that is frequently found is one where companies place their company logos everywhere accessible to make sure that you are constantly surrounded by the media. Coca-Cola is the second most recognized word in the word because they made themselves known in a way that everyone can recognize. Mcdonalds holds the top spot with its world-famous logo, the giant, golden 'M' or "The Golden Arches" because they used something simple and easy to remember. 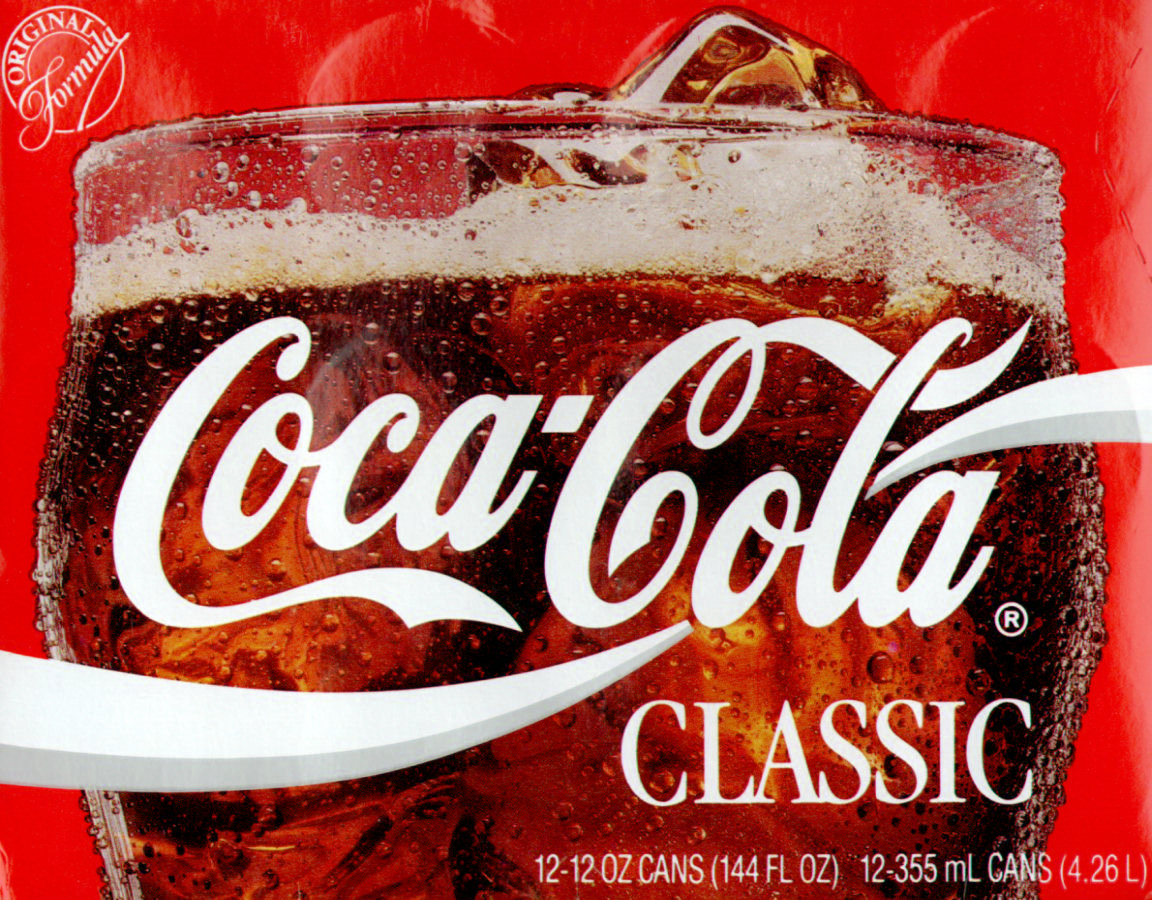 
A poster has to be to the eye, what a shout is to the ear: People have to be hit immediately by the advertisement and this should lead them to want to go buy the product. The advert has to be bold, shocking, and different in order to do so. Companies spend about 4 hundred billion a year on advertising so adverts will have to be effective unless the company will suffer like Ford when they introduced the "Edsel".

Attracting a Crowd: P.T. Barnum knew how to attract a crowd (visit this good website about it) by using unique, interesting street performances and props to get him and his products known.

Reason Why Advertising: Advertising that is literally giving the consumers a good reason to buy your products. You state a fact about the product (e.g. what it does, how it does it) in the headline, and in the body you explain how or why that fact is true. This only works well in print based advertisements, because it gives the consumer more time to absorb the facts, and because on broadcasts they may miss the headline or the reason why.

Burma-Shave used road side signs including words and phrases strung together over a distance to capture the attention of the drivers as they passed. They did have to end campaign because the signs were too small as people drove faster, which lead to the new trend that bigger is better (and that more colour means more attention, which lead to a splurge in coloured lights for billboards) This lead to Doulas Lee's ideas about big signs and convinced companies such as Camel Cigarettes that simple was not good enough. He convinced Camel Cigarettes to make a billboard from which huge smoke rings were discharged every few minutes. 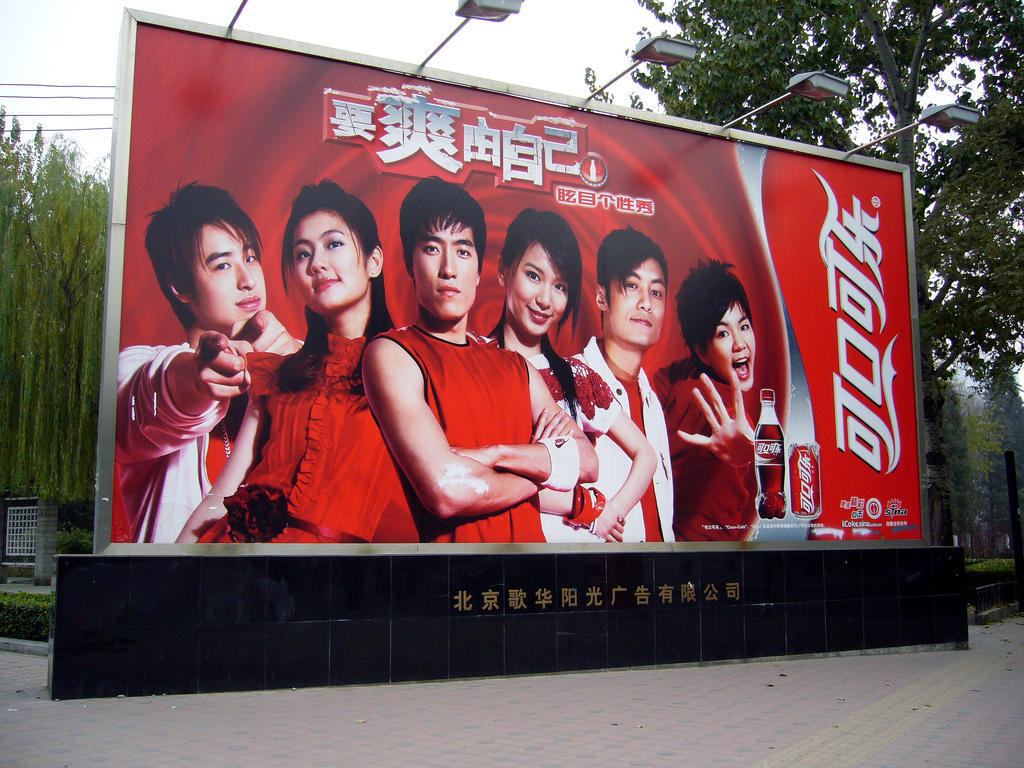 The invention of the aeroplane opened up new possibilities to advertisers, as they used skywriting to get their products known and the actual aeroplane itself to place their logo wherever accessible. Banners were fixed to the ends of aircraft to be seen on the ground. There is ultimately no competition in the sky and people exploit this by covering the sky in their product names, usually the only thing in the sky. People, back then, are also fascinated anything to do remotely with flying or aeroplanes, and skywriting is no different.

Lydia Pinkham is a clear example of how the more you advertise something, the more it gets sold. Her product, Lyda Pinkham's Vegetable Compound, was a 'medicine'. She claimed that the product was the saviour to female problems, when in actual fact the concoction consisted of roots, herbs and, funnily enough, alcohol. Even so, when she put her face on her advertisements and made many more, the product became a big hit with both women and men. It was estimated in the 1940s that 0 million had been spent publishing Pinkham's picture. So, it proves that the more you advertise, the more you sell. 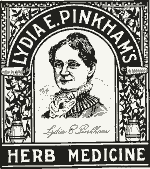 However, this isn't always true, especially the advertising campaign for the Ford Edsel! - A Marketing Disaster! This is a combination of bad marketing, not knowing the right target which made the consumers skeptical. The car did not actually appeal to consumers and became the butt of many jokes, an example of why market research is vital and mere estimation or personal opinion is not enough.

Advertising.
When Advertising, You need a memorable name, an icon and a catchy slogan so that people would remember the advert. Some people may think that advertisements are made by its own company or shop, but it's not. It's made by the advertisement agencies. Basic techniques in advertising would be personification, making something alive. For example, people made "Tony the Tiger" from the cereal box alive which does capture people's attention.
Different things and icons appeal to different people. Advertising companies need to make sure who they are aiming their advertisement at, and make sure that they use the techniques which would appeal to them.
The advertising companies also need to be sure of what time they show the advertisement. For example, if an advertisement was aimed at teenagers, it would not be aired at such a time when they would be in school. Instead, it would be aired in the evening when they would watch be watching television.

Magazines: Magazines are used for the soul purpose of advertising, the stories and content are only to attract certain people who will be attracted to the products it's advertising. e.g Games magazines are to advertise games, aimed at people who like games. Fashion magazines are to sell clothes, aimed at people with an interest in fashion and clothes.
Advertisers made up diseases so that they could come up with cures for them. They thought of names and made it sound scientific so that people would believe it, though the name doesn't actually mean anything. e.g. Odor 'O No' for B.O.
Links:

Back to advertising page

Back to GCSE Media Studies page