The first step is to recognise that news institutions have to first establish a NEWS AGENDA. That is, they have to decide what does and does not qualify as news, and which stories deserve most prominence.

Discuss: you are the editor of a national British newspaper. Three stories land on your desk.


Which goes on the front page?

Secondly, why does it matter what institutions choose to emphasise? Because of AGENDA SETTING; that is, what they TELL us is important BECOMES important. Which war is more 'important'? The war in Iraq or all the other wars currently being fought? Why?

Thirdly, how is the news agenda constructed? What defines 'news'? There are 'rules' to help decide which stories are worthy of selection and emphasis - these rules are called news values, most famously defined by Galtung and Ruge (1965).

News institutions may often be influenced - quite openly, by and large - by a political leaning to the left or the right, often dictated by their owners. The most famous example is probably Rupert Murdoch, whose conservative beliefs seem to have a fairly obvious influence on the output of the various papers, stations etc that he owns as part of his News Corporation conglomerate.This can affect which stories are picked and how they are reported.

A famous example is The Sun's reporting of the sinking of an Argentinian ship, with serious loss of life, during the 1982 Falkland Islands conflict. What IDEOLOGIES are encoded in this report? 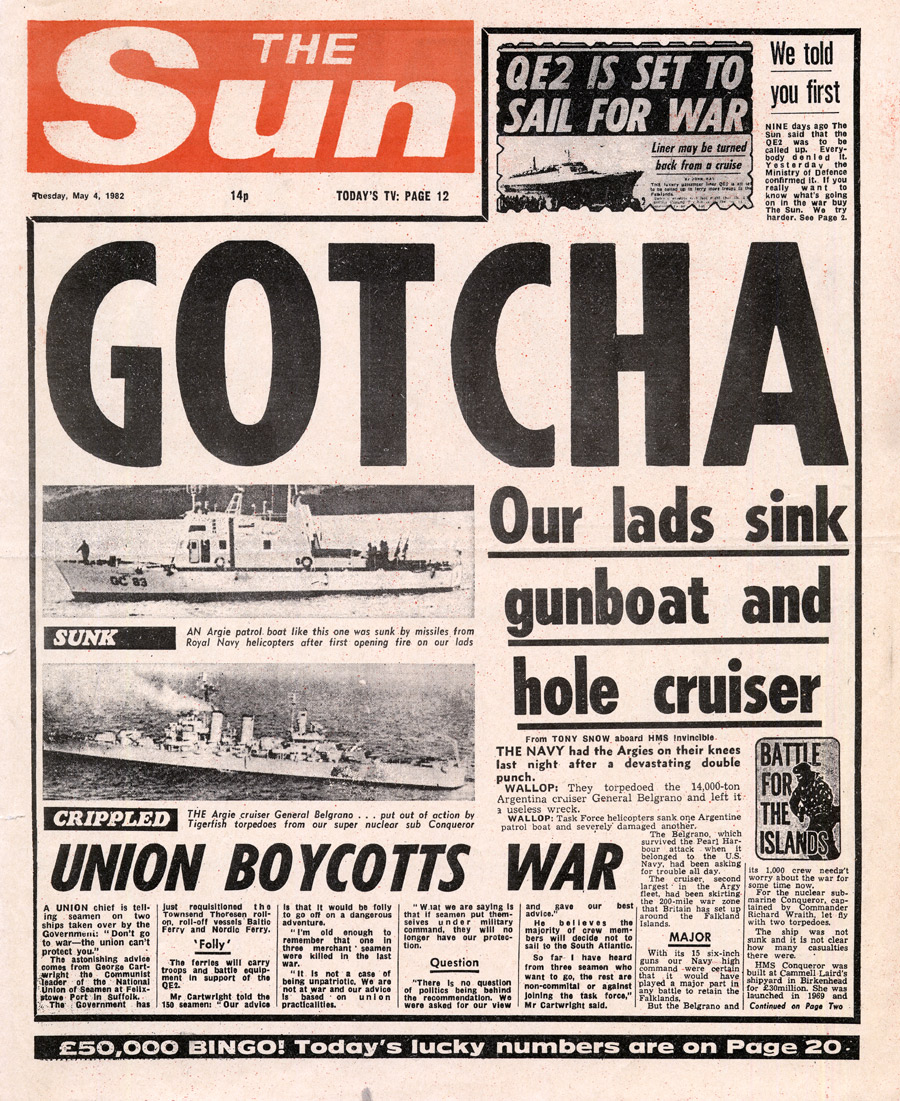 BIAS IN THE MEDIA - COULD IT BE HEALTHY?

Watch 'Outfoxed', the documentary about Murdoch and Fox, HERE.

BACK TO GCSE MEDIA